Feng shui is applicable to any living setting whether it is home, workplace. a yacht or any type of housing, including bankers and underground shelters. In the times of radical uncertainty, people who are worried about the end of the world and have plenty of money to spare are investing in luxury doomsday bunkers. The bunkers are complete for every possible scenario to keep people alive for years to come – with wine cellars, hydroponic farms, shooting range, the gym, the classroom, the rock-claiming wall, the art gallery, the cinema, the 75ft swimming pool and even casinos. Watch the video below about Larry Hall’s The Survival Condo in Kansas. But Larry Hall is not the only developer cashing on the trend. A Californian company, Vivos, has purchased a Cold War bunker in a hill in Thuringia, Germany and also repurposing a former US army munitions store in the Black Hills of South Dakota. The trend among preppers/survivalists for bunkers and underground shelters is visible in other countries too.

Feng shui, wind-water for bunkers
As the name suggests, in feng shui, air and water are the most important elements and these are also for any bunker or underground shelter. Super fresh, ionised air and pure water can be easily produced with the right air and water filters.

Watch this video about this 90 feet into the Earth, luxury doomsday bunker (based in Kansas, 2-hour drive north of Wichita, called The Survival Condo) which was designed by the developer Larry Hall (Engineer and Software Developer) to sustain life for up to five years. They thought about almost everything there, including the living room’s faux views.

Update in March 2022
Gary Lynch, the general manager of Texas-based Rising S Co., told The Sun that demand for underground doomsday bunker is up more than 1000% since the invasion of Ukraine on 24 February 2022. Bunkers start as low as $40,000 and can reach multi-million-dollar, depending on the client’s needs (feng shui is not included). Super rich in the US, Canada, New Zealand, Australia and United Kingdom are panic buying ‘doomsday bunkers’. The Google trend search exploded to highs not seen in years at the end of last week. 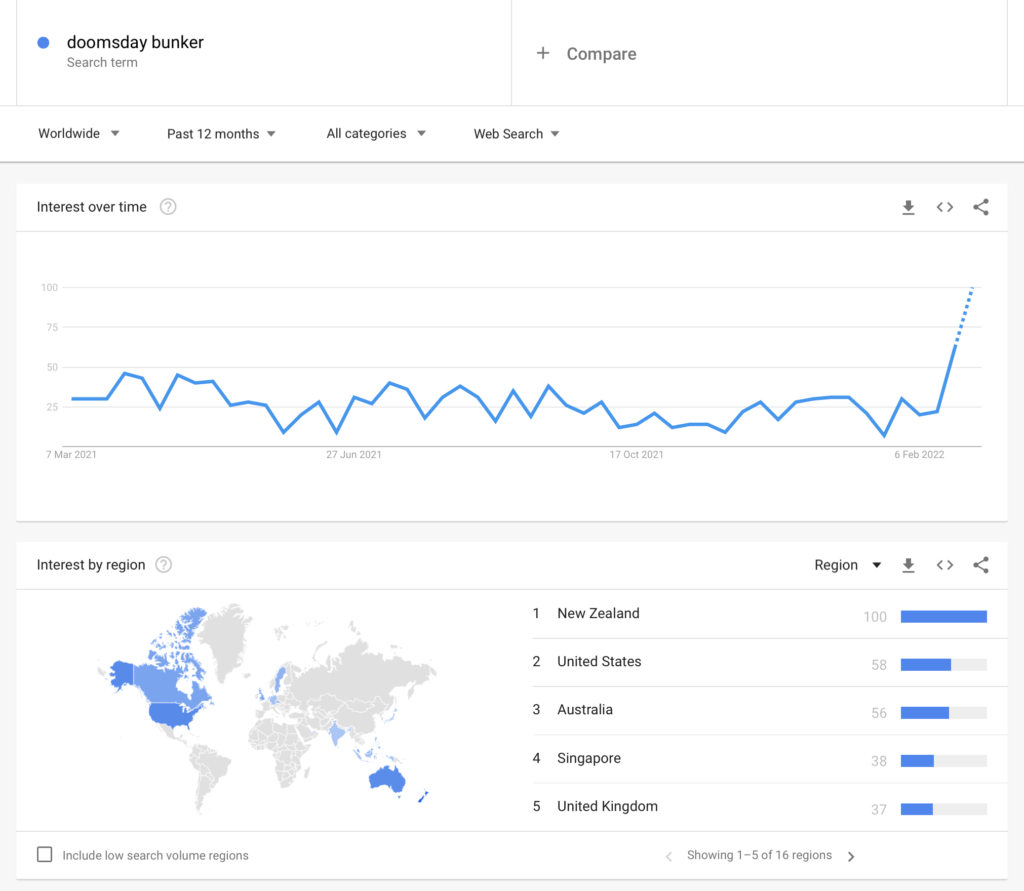