Forest bathing – shinrin-yoku
‘Forest bathing’ is a translation of the Japanese concept of shinrin-yoku, developed in the 1980s for the good of public health. Recently forest bathing has become popular in the US and the UK with other Japanese lifestyle concepts such as wabi-sabi, the art of imperfection, kanso and danshari. 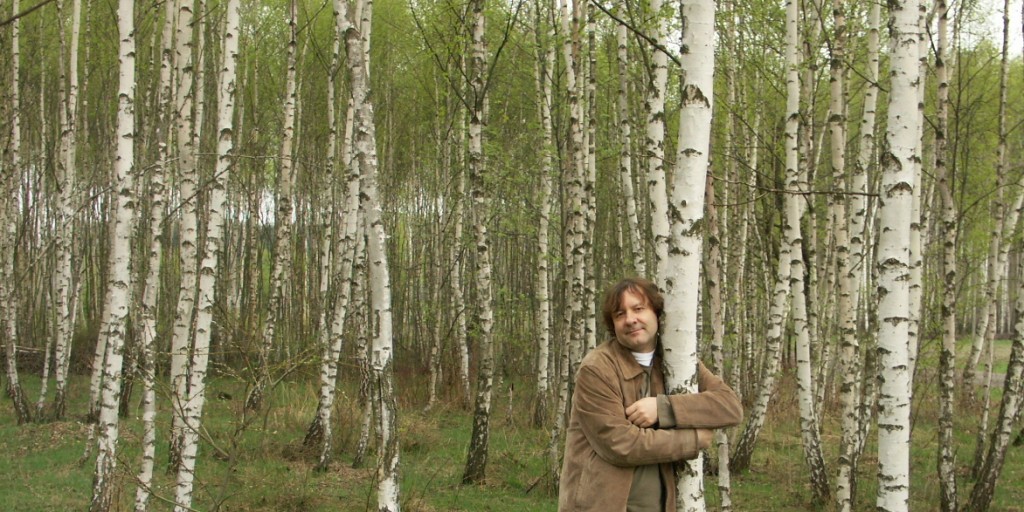 Ground yourself with forest bathing to naturally solve city stress
Forest bathing is basically a form of meditation in the natural world based on the biophilia hypothesis. ‘Forest bathing essentially means taking a leisurely trip to an area of woodland and having moments of stillness,’ says Samantha Lyster of the Royal Society for the Protection of Birds (rspb.org.uk), which offers forest bathing sessions at various locations around the UK. ‘Listen to the sounds, breathe in the smells and concentrate on the colours. Forest bathing is designed to help people to stop, be still and feel joy.’

Two hours a week in nature
Research lists the health benefits of forest bathing sessions (published by the Journal of Environmental Health and Preventive Medicine) such as lower concentrations of the stress hormone cortisol, reduced pulse rates and lessened blood pressure as well as alleviation of depression and even boosting the immune system.

Research suggests that just two hours a week in a forest, park or nature is enough to balance daily stresses. In 2018, NHS Shetland became the first organisation to prescribe nature walks to patients. The University of Exeter-led study used data from 20,000 people in England and found that two hours in nature can significantly boost good health and higher psychological wellbeing than those who do not visit nature.

“People like to label things, to give them weight and meaning,” suggests Sarah Ivens Moffett, author of Forest Therapy: Seasonal Ways To Embrace Nature For A Happier You (Piatkus). “Forest bathing is something we all instinctively did as children but we lose these natural instincts as we grow up and get weighed down by life. Labelling the idea of reconnecting with nature as ‘forest bathing’ can help set it up in the mind as a self-care practice, like meditation, yoga or a good night’s sleep.”

Biophilia effect
Humans are designed to be connected to nature and to “listen to the wind and taste the air” as Dr Qin Li, president of the Japanese Society for Forest Medicine and the author of Shinrin-yoku, The art and Science fo Forest Bathing. This echos (pan not intended) the key principle of biophilia which is a natural affiliation with nature. Read more about biophilia effect

Fractality of nature
A fractal is a mathematical set that usually displays self-similar patterns (Benoît Mandelbrot, 1975). The concept of fractal extends beyond self-similarity and can include detailed patterns repeating themselves. Our DNA is fractal, our bodies are mostly fractal and nature is fractal – that’s why we feel an affinity with it.

City’s stresses and noise and air pollution
The World Health Organisation (WHO) has calculated that at least a million healthy life years are lost annually in European countries because of environmental stresses such as noise pollution, water pollution and air pollution. Noise pollution triggers the stress hormone cortisol which over time damages health. The Woodland Trust recommends that forest bathing needs to be among a range of non-medical therapies offered by GPs to boost patients’ wellness and resilience. The Duchess of Cornell is a fan of shinrin-yoku, forest bathing and promoted her woodland garden for the Chdelas FLower Show as a remedy for combating ‘nature deficit disorder’ in kids.

Better memory
Green spaces also slow down cognitive decline and simple walks in the park help keep your memory sharp. Researchers at the Barcelona Institute for Global Health monitored 6500 people aged 45 to 68 over ten years, testing verbal and mathematical reasoning, verbal fluency and short-term memory. They found that people who live near green spaces or parks had a 4.6% smaller decline in score compared to those in am ore built-up area.

How to do forest bathing 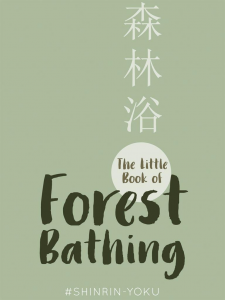 The Little Book Of Forest Bathing

Posted in Forest bathing and biophilia.