I love Barcelona and as a feng shui consultant – it’s one of my favourite cities that has an excellent feng shui on all fronts. Few other cities can compete with Barcelona’s Mediterranean charm, vibrancy and elegance. So, let me unpack. Perfect location ie by the sea with glorious sunshine, amazing and recongisable buildings and architecture (dreamy, curvy Gaudi), the spiritual vibe (enlightening La Sagrada Familia), history, far-out, epic cuisine including Cava tasting, a great market and a beach, art, including surrealist artist Miro and more… 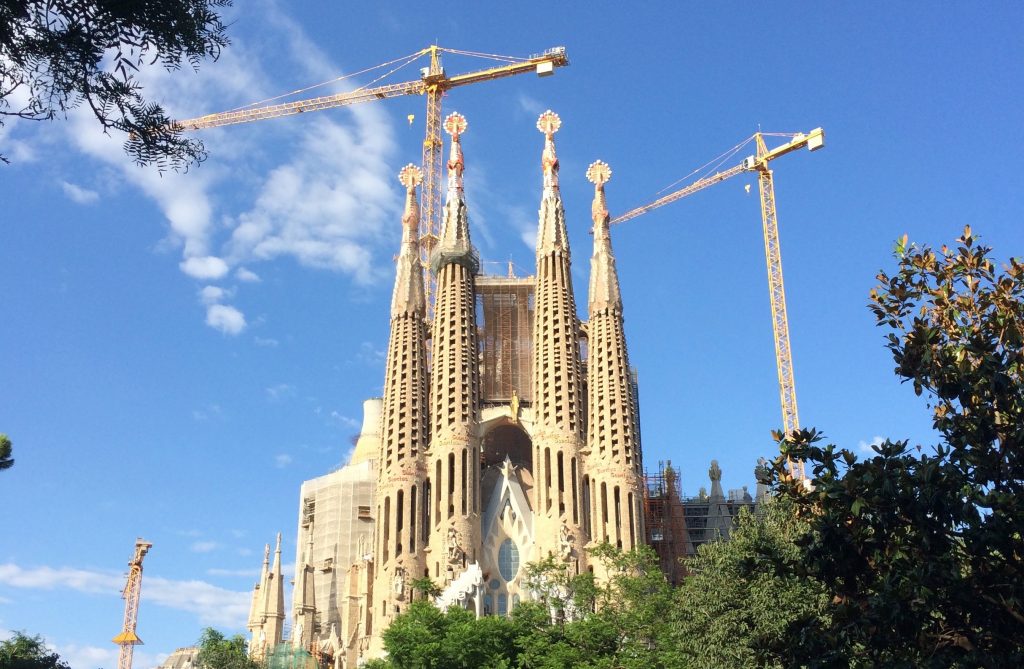 You can get to Barcelona by bus and even train to Barcelona Sants train station (via France) but air travel is the most efficient. 7.5m tourists come to Barcelona every year to create a buzzing nightlife. Barcelona is the capital of Catalonia region which has its own language and a flag (where they’ve invented Chupa Chups).

Energy flow in Barcelona
Barcelona can be easily navigated by foot but you can hire a mini taxi, trixi pedi taxi for a tour or electric bikes or scooters as well as regular bikes. 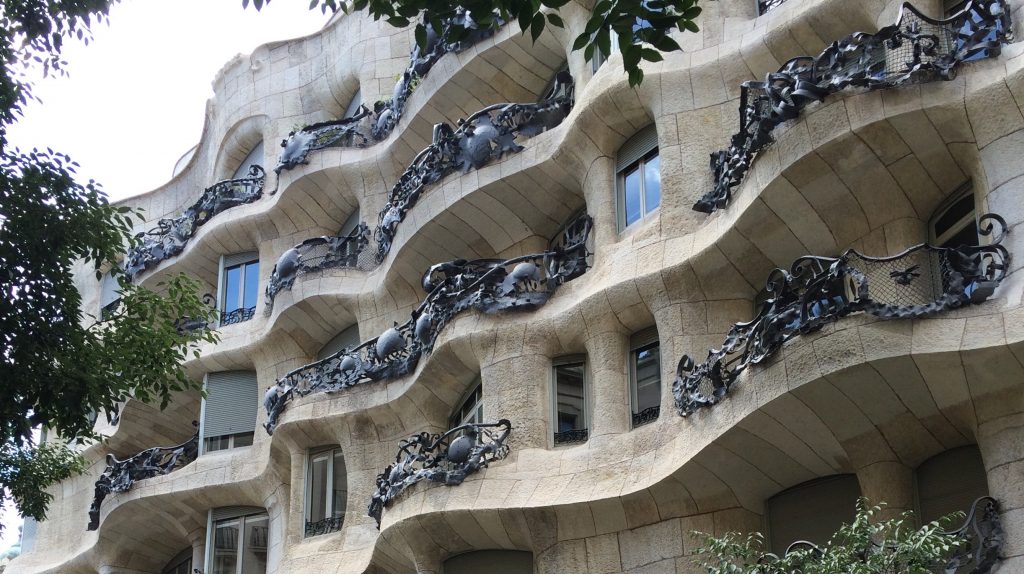 Directionology
The monument of Christopher Colombus is pointing in the wrong direction (it should be pointing to the west, towards America).

If the Gothic architecture of the Santa Maria’s church or La Sagrada Familia or Goudi’s designs is not your cup of tea, you can opt-out for a museum of football – considered by some as the cathedral of the art of ball kicking with the FC Stadium (capacity 99K).

La Rambla
Stroll through La Rambla to the Mercado de La Boqueria – Barcelona’s market, excellent for shopping for fresh food and eating as well. I would rank it one of the best markets in the world – 10/10. Markets are the heartbeats of any town or city and give us a measure of the vibe of the place. Valencia is famous for the largest market in Europe.

La Sagrada Familia – modern spirituality
Probably the most amazing church in the world – and still work in progress… I always start my visit to Barcelona at La Sagrada Familia, including a panoramic view of Barcelona from the top of it (book your tickets to avoid disappointment) and finish my stay there too. In spite of all the tourists, it has the most uplifting vibe and atmosphere – and a very good feng shui indeed. The light, the scale, the richness of detail will blow your mind and enlighten you.

The timeline of the construction of La Sagrada Familia 1882 – 2032:
1882 The first stone was laid but a dispute between the architect and developer who was the bookseller Josep Maria Bacabella resulted in the architect being fired. 1883 Bacabella hires Gaudi as the chief architect 1926 Gaudi has a tram accident and is sent to the wrong hospital because he was mistaken for being a vagabond, and dies as a result. 1930 The Nativity faced is completed. 1936 Spain’s Civil War starts resulting in the sacking of Gaudi’s studio. 1953 A manifesto calls for all the work to stop but it doesn’t. 1976 The Passion facade is finished. 1992 The Barcelona Olympics starts an influx of tourism which adds extra funds to energise the construction. 2008 Another manifesto talks about the manipulation of Gaudi’s vision but the work continues 2010 The Pope visits the site to consecrate the church as a basilica. 2011 There is an arson attack on the sacristy but the fire is contained. 2016 Mayor of Barcelona Ada Colau states that the church lacks a municipal building permit. 2017 Terrorist bomb plot is averted. 2019 A building permit is issued. 2022 The year the central towers should be completed. 2026 The end of construction of La Sagrada Familia to coincide with the centenary of Gaudi’s death. 2032 Final decorations will be completed.

Food and drink
Catalonia is famous for its cava, where a majority of cava is produced – a Spanish equivalent of Champaign which employs the same technique of making the sparkling wine but with a different type of grapes.

New branded residences in Barcelona
Barcelona is perceived as hip and traditional. There are lots of new developments for people who want to make it home. Depending on what kind of vibe you like, you can choose apartments near Passeig de Gracia which is a prime boulevard in Eixample, Barcelona’s most sophisticated area which was constructed on a grid system (similar to Manhattan) in the early 20th century. Most buildings are not more than six floors with stylish apartments with high ceiling and tall windows (good feng shui). Or you can go further towards the sea, south in the Gothic Quarters which is Barcelona’s oldest area where you can find contemporary apartments with loft-style windows, high ceilings and of course air conditioning – all within walking distance to Las Ramblas and Barcelona beach. Mandarin Oriental Residences is opening in 2020 with 34 apartments and views of La Sagrada Familia and curves of modernist architect Antoni Gaudi on Passeig de Gracia and hopefully with good feng shui inside. 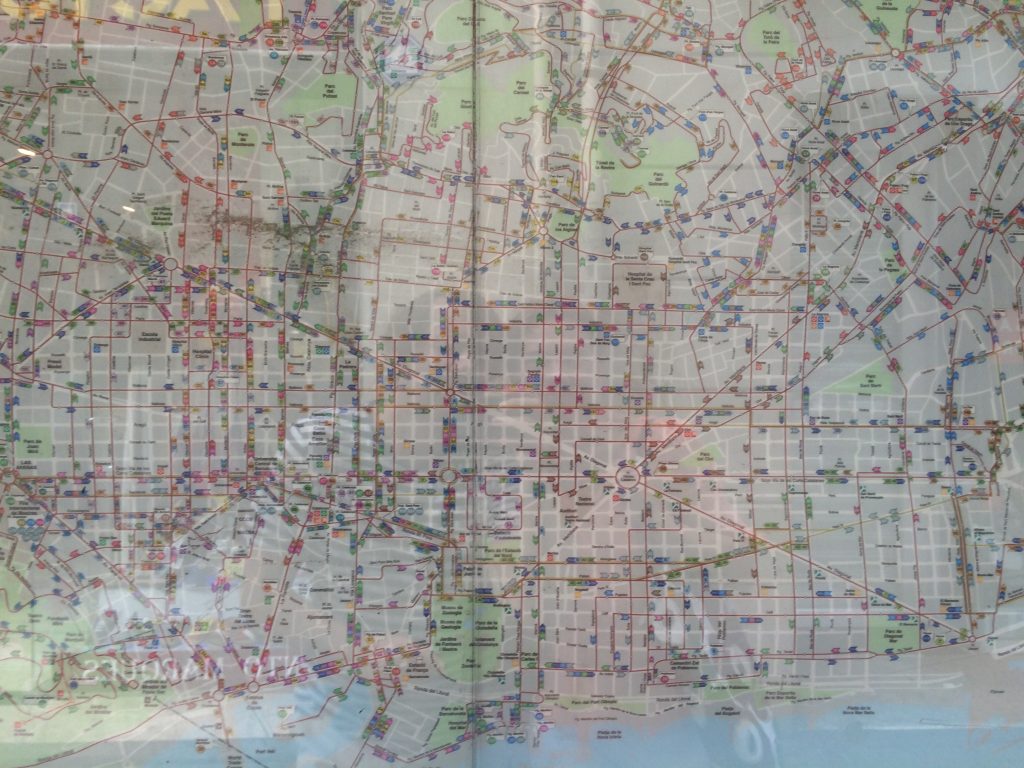