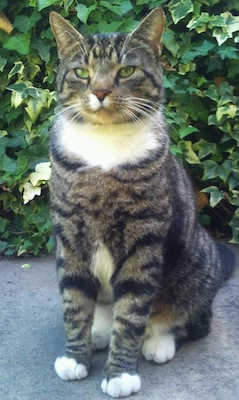 The year of the rabbit or cat

People born in the Year of the Rabbit / Cat with the following elemental signs:

The healing powers of cats – purring

The scientists from the Institute of Animal Communications in North Carolina (USA), suggest that every family needs to have at least one cat at home. Although, it seems ridiculous – research on cat purring has been going on for decades!

Studies suggest that cat purring has a therapeutic power that can help the owners regain strength and heal the wounds and strengthens his immunity. It turns out that purring is a vibration of a specific frequency that has a big impact on the activation of the immune system in humans. It has been established that cat purring by as much as 20% strengthens the process of fusion of broken bones!

Cat purring has also a beneficial effect on the human nervous system and wellness. The purring sound produced by cats causes that the blood circulation in the brain is improved, the blood pressure is normalised, the heart rhythm stabilizes and the immunity for colds is increased.

Cats not only relieve stress and help in the treatment of depression but also reduce the likelihood of the recurring of addictions. It is also believed that these animals help in cases of colitis, flatulence, gastritis, stomach ulcers, influenza, insomnia, osteoarthritis and even in the treatment of colds and impotence.

Studies have shown that cat owners live on average four to five years longer than non-cats owners. However, these studies  were done for all domestic animals – not just cats. Stroking a cat, a certain bond or ‘bio-energetic conection’ happens, causing the central nervous system of the human to receive positive impulses a feel good factor – most likely because of release of oxytocin, the love/safty hormone. More about why cats purr…. at the end of the blog 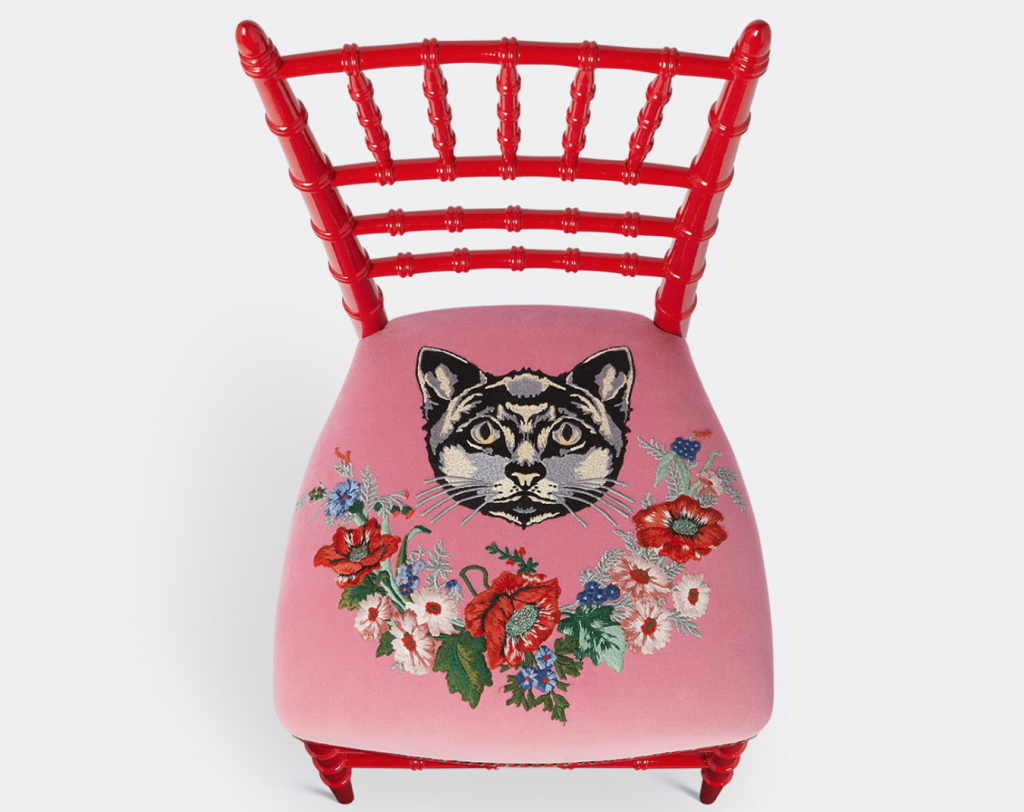 Cat acupuncture
Cats, gently scratching humans, can stimulate the so-called ‘reflex zones’, similar to acupuncture. The presence of cats in the home has a beneficial effect on children’s health, causing the production of antibodies in the body that help to prevent asthma. However, it should be remembered that animal fur is a strong allergen, therefore, before taking a cat or dog home, you should contact your doctor and perform allergy tests.

‘Cat therapy’ is developing in the USA and the UK. Cat can flawlessly sense spots on the body in which a person feels pain or discomfort and places itself directly on them. Cats of different breeds and different colours seem to have their own ‘specialisation’. White cats are considered universal. It is mainly these cats that are chosen for therapeutic purposes. They are best for calm, quiet people because they give them life energy. It’s believed that black cats, on the contrary – free their owners from negative energy. They are best suited for temperamental people. Ginger cats can improve the mood of their masters, while grey cats have combined features of white and black cats.

Spending time with pets such as cats can ease the feelings of loneliness, according to research.

Persian cats are not active and apathetic cats that love peace. The healing process with them can take longer to free the owner from negative energies. Persian cat can free people from irritability and nervous breakdowns. They perfect for ‘curing’ depression, insomnia and irritability.

Angora cats are tender, nice and non-aggressive. They are considered to be the best ‘diagnosticians’ of various diseases because they always lie flawlessly in the spot. These cats like to be involved in the ‘healing’ process and can keep company with the owner for hours. Sfinks cats (Canadian hairless) are cats that love peace. They can quickly free a person from negative energies and are one of the most talented cat doctors – dealing well with treating kidney, stomach and intestinal diseases.

Siamese cats can help cure colds and infectious diseases. In a completely incomprehensible for scientists how they can kill pathogenic microbes. Russian blue cat is a sensitive, active and independent companion, which, however, requires a lot of attention. It does not have special healing properties, but it is an excellent ‘diagnostician’.

Osteopaths should prescribe cat theraphy as a supportive osteopathic treatment.

The non-bread cats as as good at treating/healing humans as well as their more purebread brothers. Researchers believe that female cats have a better therapeutic effect than male cats. Cat therapy works best for people with diseases of the nervous system and internal organs and then for those who suffer from degenerative diseases of the spine, sciatica or osteoarthritis. Osteopaths should prescribe cat theraphy as a supportive osteopathic treatment.

Cat lovers will not be happy with this latest research which seem to confirm the relationship between Toxoplasma gondii, protozoan parasite infection, which carriers include cats and the development of schizophrenia. Toxoplasma gondii is also linked to miscarriages, fetal development disorder, flu-related illness, blindness and in some cases even death.

Over 2 billion people around the world have this parasite in their bodies. Although this does not cause any symptoms among healthy people, Toxoplasma gondii can be dangerous among children and adults with weakened immune systems.

Cats are carriers of Toxoplasma gondii which reproduces itself in the gastrointestinal tract and forms the so-called oocysts that are excreted from the animal body along with faeces. Oocysts are sometimes accidentally eaten, eg by rodents and the parasite changes the hosts behaviour. For example, mice and rats are no longer afraid of the smell of cats, making them more susceptible to attacks.

Further studies also point to the influence of Toxoplasma gondii on the human mind. Some studies link infection with this parasite with an increased risk of suicide. Others suggest that Toxoplasma gondii may cause mental illness such as Alzheimer’s or Parkinson’s. Although people usually treat these reports with a great caution but the latest research, which is the largest of its kind, unfortunately, confirms this disturbing correlation and causation.

Researchers at the University Hospital in Copenhagen have analyzed the data of over 80,000 people who participated in blood donor studies. Over 2.5 thousand people were identified, among whom psychological diseases were found. Researchers studied their blood samples to look for antibodies that indicate the presence of the Toxoplasma gondii or cytomegalovirus.

In comparison with the control group, people infected with the aforementioned parasite were almost 50% more likely to develop schizophrenia. This relationship became even more evident when people who had schizophrenia after taking blood were included.

The authors of the study say that the Toxoplasma gondii parasite is accelerating the rate of illness and perhaps it is even an important factor in the development of mental illness. Research from 2015 showed that people who have cats in their homes are more likely to suffer from schizophrenia. However, the researchers point out that they are still not 100% confident with the findings and more studies are needed to investigate this disturbing matter.

The year of the cat – the song by Al Stewart

Top feng shui tip for the year of the cat 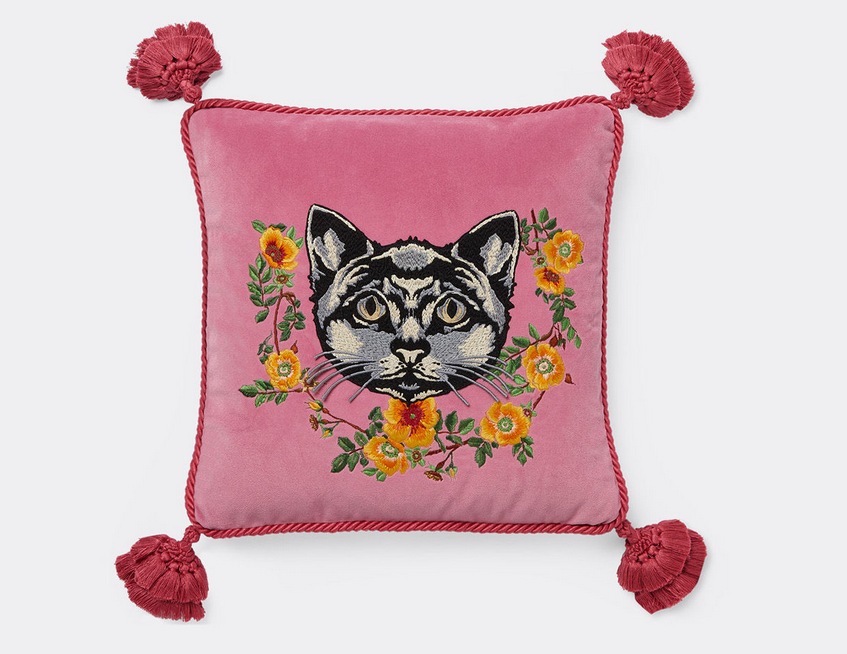 Ask the Experts: Biology | New Scientist
Why do cats purr?

Leslie A. Lyons, an assistant professor at the School of Veterinary Medicine at the University of California, Davis, explains.

Over the course of evolution, purring has probably offered some selective advantage to cats. Most felid species produce a “purr-like” vocalization. In domestic cats, purring is most noticeable when an animal is nursing her kittens or when humans provide social contact via petting, stroking or feeding.

Although we assume that a cat’s purr is an expression of pleasure or is a means of communication with its young, perhaps the reasons for purring can be deciphered from the more stressful moments in a cat’s life. Cats often purr while under duress, such as during a visit to the veterinarian or when recovering from injury. Thus, not all purring cats appear to be content or pleased with their current circumstances. This riddle has lead researchers to investigate how cats purr, which is also still under debate.

Scientists have demonstrated that cats produce the purr through intermittent signaling of the laryngeal and diaphragmatic muscles. Cats purr during both inhalation and exhalation with a consistent pattern and frequency between 25 and 150 Hertz. Various investigators have shown that sound frequencies in this range can improve bone density and promote healing.

This association between the frequencies of cats’ purrs and improved healing of bones and muscles may provide help for some humans. Bone density loss and muscle atrophy is a serious concern for astronauts during extended periods at zero gravity. Their musculo-skeletal systems do not experience the normal stresses of physical activity, including routine standing or sitting, which requires strength for posture control.

Because cats have adapted to conserve energy via long periods of rest and sleep, it is possible that purring is a low energy mechanism that stimulates muscles and bones without a lot of energy. The durability of the cat has facilitated the notion that cats have “nine lives” and a common veterinary legend holds that cats are able to reassemble their bones when placed in the same room with all their parts. Purring may provide a basis for this feline mythology. The domestication and breeding of fancy cats occurred relatively recently compared to other pets and domesticated species, thus cats do not display as many muscle and bone abnormalities as their more strongly selected carnivore relative, the domestic dog. Perhaps cats’ purring helps alleviate the dysplasia or osteoporotic conditions that are more common in their canid cousins. Although it is tempting to state that cats purr because they are happy, it is more plausible that cat purring is a means of communication and a potential source of self-healing. 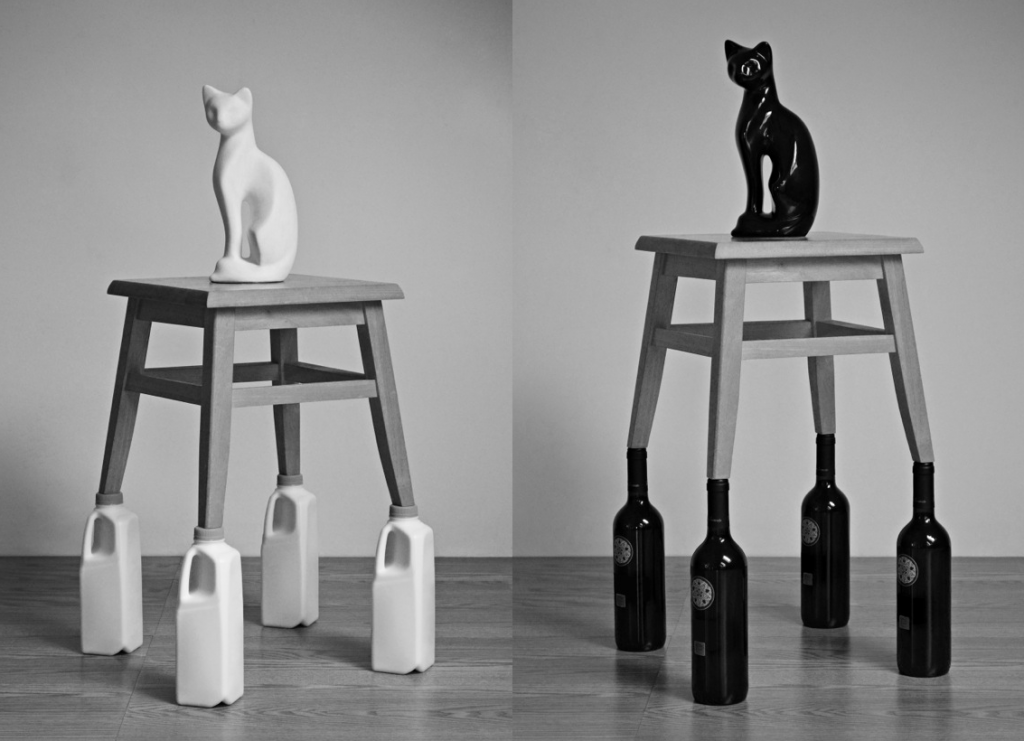 A History of Art in 21 Cats

Cats are beautiful and artists such as Picasso, Monet, and Georgia O’Keeffe had feline friends. With A History of Art in 21 Cats by Nia Gould, you can learn your history of art through illustrations of cats – from ancient Egyptian art to modern times of surrealism and cubism.

A history of art in 21 cats by Nia Gould

Do you have a grumpy cat?
Research from Lincoln University’s animal bechaviour clinic suggests that it might have developed this personality trait after you, echoing the falk wisdom that pet owners tend to resemble their pets and vice versa.  The reseachers, led by Daniels Mills, professor of animal behavior and Laouren Finka, at Nottingham Trent show that the influence of owners of pets has a strong paralles with a parent-child relationship. Another cat expert, Danielle Gunn-More, professor of feline medicine at Edinburgh University said, “Cats are mini-me. They are sentient creatures strongly affected by the people around them. They are intimitately bonded with their owners.” To paraphrase Winston Churchill, “We shape our cats, thereafter they shape us.”

Posted in The Year of the Cat (Rabbit).