END_OF_DOCUMENT_TOKEN_TO_BE_REPLACED

Summary of EMF*D: 5G, Wi-Fi & Cell Phones – Hidden Harms and How to Protect Yourself by Dr. Joseph Mercola

The long-awaited book by Dr Joseph Mercola about the dangers of electromagnetic radiation is here (almost, published on 18 February – and only £1.82 on Kindle). Read the summary of the key points and more importantly, key solutions and five steps you can take to take control of your electromagnetic life.

1. Measure radiation levels already present so you know what you’re dealing with. You can do it yourself, by getting some measuring gadgets or hire an expert (such as myself) to measure levels of radiation in your home or workplace. The cheapest meters are Trifield TF2 meter and Acousticom 2 EMF Detector. It’s also an investment for the whole family, friends and neighbours (yes, you’d have to educate your neighbours to switch off wifi for the night!).

2. Reduce your local electro-smog emitted by your devices. Connect your computers and printers to the internet using a hard-wired Ethernet cable. Yes, I know, you won’t have wifi – that’s the point. Avoid any high electromagnetic fields by using a grounded Cat7 Ethernet cable. Turn off wi-fi in your modems and routers – they’re wifi-enabled by default but you can switch if off via the software and you can set when it works during the day only. You can purchase your own modem and separate router. Or, get a router that doesn’t have wifi at all. And then switch off wifi in your laptops, computers and devices by putting them into airplane mode. Disable Bluetooth on your computers. If you have to have your router on, you can cover it with RF-shielding material or wire mesh box. Laptops emit high levels of EMFs, but there are things you can do to make them safer for everyday use. Extra precaution: make sure that your computer has a grounded alternating-current (AC) power cord.

END_OF_DOCUMENT_TOKEN_TO_BE_REPLACED 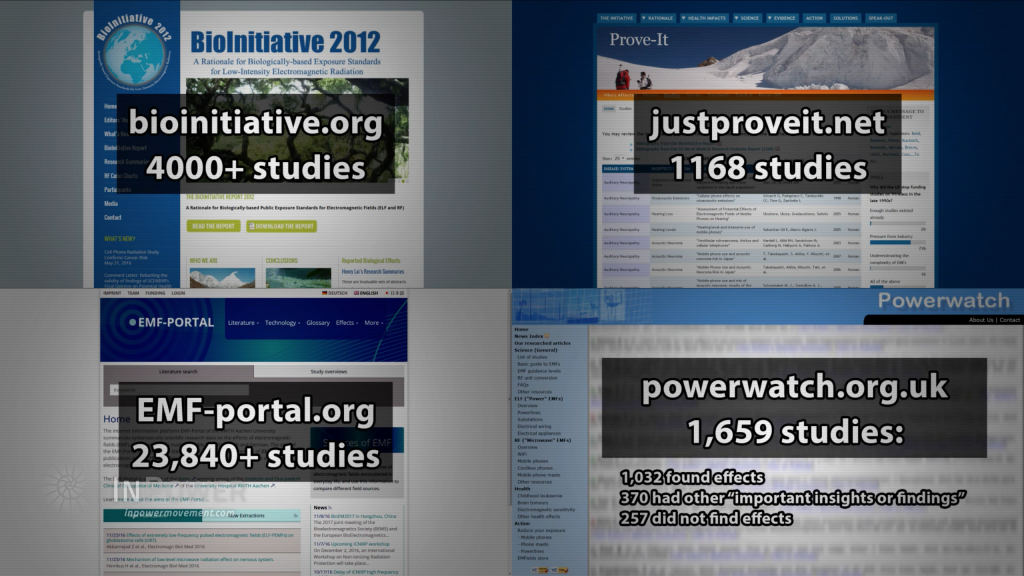 Why WiFi should be minimised in schools

Parents and staff from schools and nurseries are becoming concerned about mitigating the health risks of WiFi and enquiring about surveys at their schools.
Watch this video by Dr Erica Mallery-Blythe, MD who explains in simple terms why wifi at your school or nursery might be bad for your children.

END_OF_DOCUMENT_TOKEN_TO_BE_REPLACED

Electromagnetic Hygiene in 12 Easy Steps – Summary of Light That Heals

Light That Heals: Energy Medicine Today & Beyond by Donna Fisher is composed of two parts: the first part is about electromagnetic radiation and health issues caused by it and offers 12 easy steps to remedy the problems and the second part is about light therapies (EPRT – Electro Pressure Regeneration Therapy, SCENAR, COSMODIC, PEMF, NIIT, Radiowave Therapy, Oncothermia, Therabionic Therapy, TTF Therapy, etc) that may shape the medicine of the future. For feng shui purposes read the 12 useful tips for electromagnetic hygiene taken from the book. For more information regarding specific problems caused by electromagnetic pollution and research about it, read the ebook (or if you’re electrosensitive get the paper book – see the link to Amazon after the tips).

Increase distance from electrical cords and electric equipment. Move the power bar at least 1 meter away from your feet. Use a wired extended keyboard to increase your distance from the computer screen. This will reduce the magnetic field.

Try to work with the fluorescent tube lighting turned off. Remove CFL (compact fluorescent bulbs) from your work area. LED lights (ones that don’t use transformers) are the lights of the future. In the meantime use incandescent light bulbs, as these do not generate poor power quality. NOTE: the original incandescent light bulbs are no longer available in Canada as the government has mandated that only energy efficient lights can be sold.

END_OF_DOCUMENT_TOKEN_TO_BE_REPLACED

Watch the very informative documentary at the end of this blog (Resonance: Beings of Frequency by James Russell) about the dangers of electromagnetic radiation and the role of Schumann Resonance in balancing your health and well-being. Research on the effects of mobile phones, mobile masts, DECT cordless home phones, microwave ovens, WiFi broadband, etc – is shown as a possible cause for all kind of health issues including cancer (research suggests that 3-30% of the population are already electrosensitive). Cancer clusters around the mobile phone masts are discussed, showing that women can develop breast cancer more in those areas.

END_OF_DOCUMENT_TOKEN_TO_BE_REPLACED

Electromagnetic Radiation and Health Conference: Evidence, Diagnosis and Management
Scientific conference on electrosensitivity and the health effects of electromagnetic radiation

Electromagnetic Radiation and Health Conference: Evidence, Diagnosis and Management
Scientific conference on electrosensitivity and the health effects of electromagnetic radiation