Unfortunately, to feng shui and feng shui enthusiasts, there are many feng shui myths, superstitions and false problems within the feng shui tradition. Over the last 30+ years, when I’ve been practising feng shui professionally, I’ve received thousands of letters and emails from confused people asking me about feng shui. I could easily write a book based on false problems that feng shui can give the public.

The best way to deal with feng shui myths, superstitions and false problems that feng shui can give you is to apply a very tested scientific method for sorting out what is true and what is false and that is scientific method and research. There is not much scientific research into feng shui and the next best thing is to see if another discipline such as environmental psychology – which I’m trained in – has any answers or can offer some clarity on it. Below is a growing list of feng shui myths, superstitions and false problems and my scientific explanations and answers. 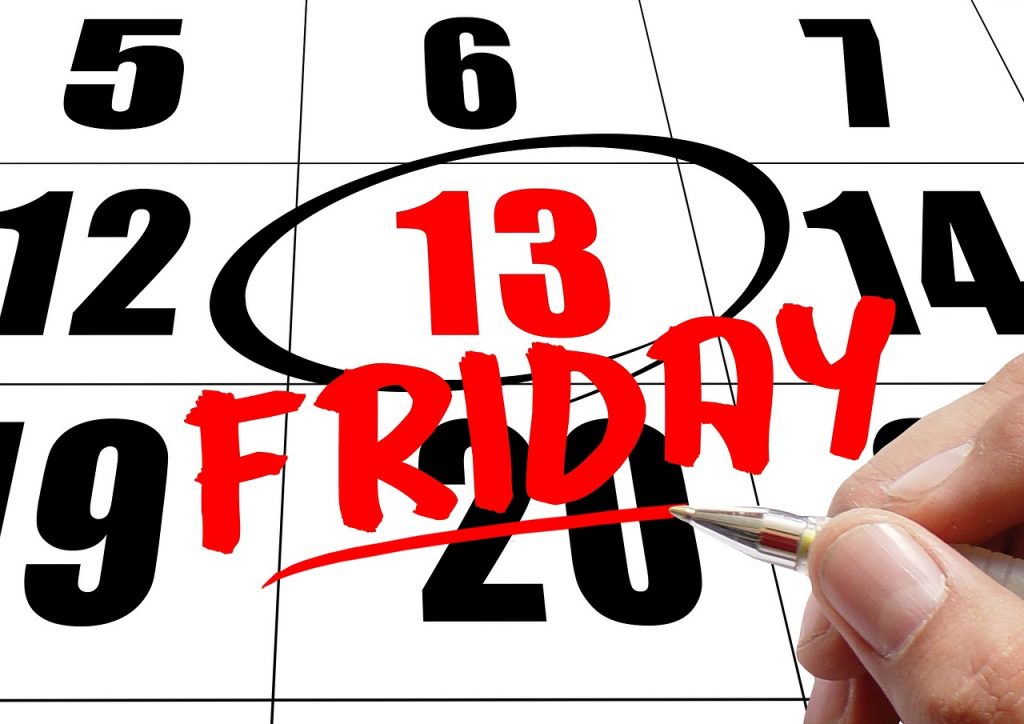 Compass directions
Traditional feng shui is very keen on directions and how they might affect people’s lives, financially, health-wise, etc. Again, there is no evidence that this is true at all. But some people believe that it works. The way it might work is only because of the placebo effect and confirmation bias. There are only a couple of studies suggesting that people might sleep better when they sleep with their heads pointing towards north since it aligns their bodies with the North pole. Some animals do the same. But there is no evidence that sleeping with your best direction based on your astrological chart makes any difference to your life. And that’s probably for better – most people can’t arrange their beds with their best direction/s anyway and if you’re a couple and belong to different groups ie west and east then you’d have to sleep in different directions (and some people actually do – really?). 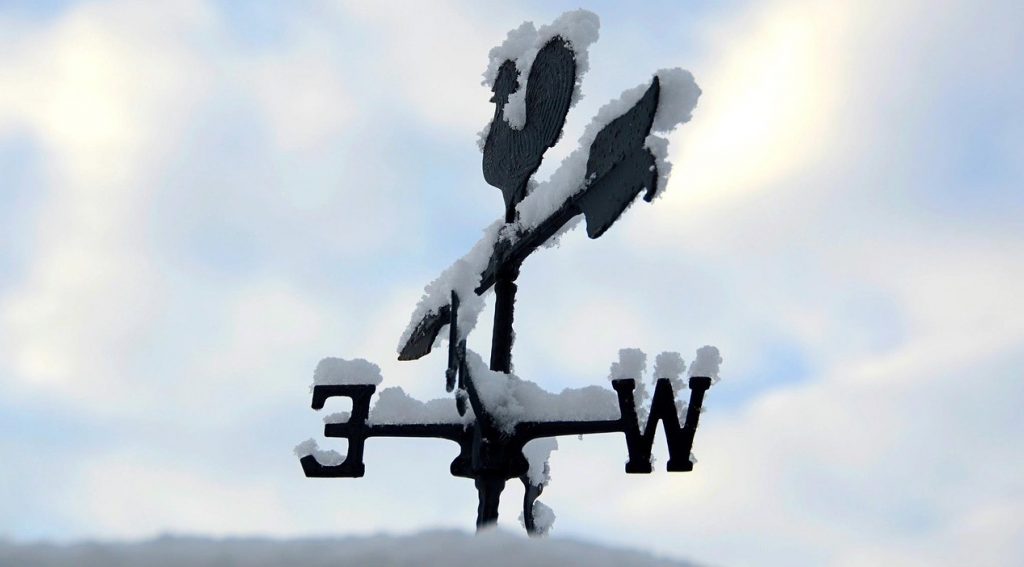 Compass directions. Have they got power over your life? You decide.

A missing area in the bagua model
A very misleading and confusing idea is the missing area in the bagua model. It suggests that if your home has not a regular size and some parts look like there are missing from the overall regular plan the property. So for example, if the top left corner (or south-east) of the house is missing, then your wealth corner is missing. If the shape of the house is L shaped, then the relationship area of the house is missing. As interesting and compelling it might look – there is no evidence that this is true. First of all, the bagua model is just a mental construct or model to help people to focus on different aspects of their lives. There is no such thing as wealth corner or relationship corner, etc. It’s completely imaginary. So believing that you have a missing area will only stress you out and give you a false problem. From an environmental psychology perspective, it might be said that some people have a preference for regular shaped spaces – but that’s all. A preference doesn’t mean it will affect everyone in the same way or cause any problems.

Confusing correlation with causation is the fundamental error that most feng shui consultants and enthusiasts fall for.

Toilet in the house
Toilets have a bad reputation in feng shui. Especially, when they’re in the centre of the house of the wealth area of the property. What traditional, classic feng shui falsely suggests is that it will cause problems for the occupants. The biggest problems with classical or traditional feng shui is that it is not based on any scientific enquiry and it confuses correlation with causation. Correlation doesn’t mean causation. But ancient people didn’t have the thinking or logical tools to figure out this simple scientific method. Also, in the ancient days, before the inception of plumbing and central heating – toilets where generally outside of the house for the obvious reasons. But superstitious thinking feng shui doesn’t take into account that things have changed house-wise. A common question I’ve been getting from people with less common sense is: “What do I do with my toilet? The so and so, so-called feng shui author, says on page 57 in her book that toilets are bad in a particular part of the house.” My response is usually, “Do you have any problems related to this issue?” And very often, the enquiring persons says, “No, I haven’t had any problems – until I read this feng shui book.” This is a perfect example of a false problem.

Common sense is very clear on this false problem: if you believe that a toilet controls your finances or any aspect of your life – you are the problem.

Numbers and numerology
Numerology and beliefs in the power of numbers are very common in the east and west. If you believe in the apparent power of numbers – there is no easy way to break it to you –you’re deluding yourself if you believe that numbers have any influence over your life. I’ve had met western people in the UK, Portugal, France and Poland who were avoiding the number 4, just because in Chinese culture it is associated with death (in Chinese, the number 4 sounds like the word ‘death’). I had British and European clients who would give up their common sense and reject a perfect house because it has the number 4 in it, ie 44, 24, 14, etc. In the west, people believe that number 13 is an unlucky number. Some superstitious people are eager to point out that 13 = 1+3=4 so it must be true. Obviously, they’ve never heard of apophenia (see below).

Why do some people believe in feng shui myths, superstitions and false problems?

Myths, superstitions and false problems
Myths are traditional and local stories concerning the early history of humanity and basic attempts at explaining a natural or social phenomenon and usually involving supernatural beings or events.
Superstitions are excessively credulous beliefs in and reverence for the supernatural or a widely held but irrational beliefs in supernatural influences, especially as leading to good or bad luck or fortune or misfortune and practices based on such beliefs.
False problems area problems that are conceived based on false assumptions, biases and ill or inadequate understandings of how things work, usually made because of basic ignorance of human psychology and natural laws of physics as well as statistics.

“A desk or table, a chair, paper and pencil” was what Albert Einstein asked in 1933 when he signed up for his new job at the Institue for Advanced Study in Princeton, USA. And then he asked for one more item: “Oh, yes and a large wastebasket, so I can throw away all my mistakes.” If only all feng shui teachers, authors and consultants had large bins for all the feng shui myths, superstitions and false problems, there would be less confusion in this field.

The most common bias people fall for, when it comes to feng shui, is the confirmation bias. It states that people preferentially seek and recall information the confirms their preconceptions and beliefs. If only feng shui consultants where aware of their confirmation bias, there would be less confusion and false problems in feng shui.

Watch this TED talk about the confirmation bias which can be summarised as follows:

And the practical tips for fool-proving yourself to confirmation bias:

Finding the truth in the fake news times and using evidence:

Apophenia
Apophenia is the spontaneous perception of connections and meaningfulness of unrelated phenomena. The term was coined by German neurologist and psychiatrist Klaus Conrad (1905-1961). Conrad focused on the finding of abnormal meaning or significance in random experiences by psychotic people. Hence, the warning: be careful what you say to people, especially if you refer to nonsensical, mythical and superstitious feng shui – they might perceive you as psychotic or losing your mind or not very bright.

Correlation does not imply causation
‘Correlation is not causation’ means that just because two things correlate or appear to correlate, it doesn’t necessarily mean that one causes the other. Correlations between two things can be caused by other factors that affect both of them. These other factors are called confounders. Confusing correlation with causation or not distinguishing between the two is the fundamental error that most feng shui consultants and enthusiasts fall for.

For example, it’s wrong to state that red wine causes long life. When it only correlates with long life and also when exercise as a confounding factor is involved.

A black pussycat – it’s just a cat but some superstitious people assign it magical powers or simply give away their own power to a small animal. Really?

Uncritical thinking
I remember, when my son, after two years of unsuccessful attempts to capture Santa Claus before Xmas, announced proudly and sadly at the same time, that Santa doesn’t exist. When asked how does he know for sure, he answered, “I’ve googled it!” At that moment, he woke up from mythical dreaming (I call it Sant Claus thinking) to rational thinking. By the way, according to developmental psychology, there is nothing wrong with mythical thinking, which is a natural stage in human development, as long as it doesn’t cloud your perceptions of what is real or true and what is not.

Some people who are into feng shui are very uncritical and lazy when it comes to thinking about feng shui, how it works and what it does. They follow basic, simplistic, black and white magical/mythical thinking because it’s easy and doesn’t require thinking at all. Fortunately, science, psychology and environmental psychology advanced human development beyond mythical, magical and superstitious thinking and it’s now fairly easy to check things and not follow feng shui myths, superstitions and false problems. It’s up to people if they want to give away their power and common sense to feng shui superstitions, myths and false problems.

Some feng shui consultants believe in all the above feng shui myths, superstitions and false problems. They usually have anecdotal examples suggesting that astrology works, etc. Unfortunately, most feng shui consultants haven’t been trained in scientific research and base their suggestions on their basic biases and ignorance which can only create further confusion and false problems for their clients. When challenged to offer some evidence about how classical feng shui works, they don’t have any concrete evidence at all.

So, choose a consultant who is a scientist or at least has some basic understanding of how feng shui works from a scientific perspective so you don’t get false problems.